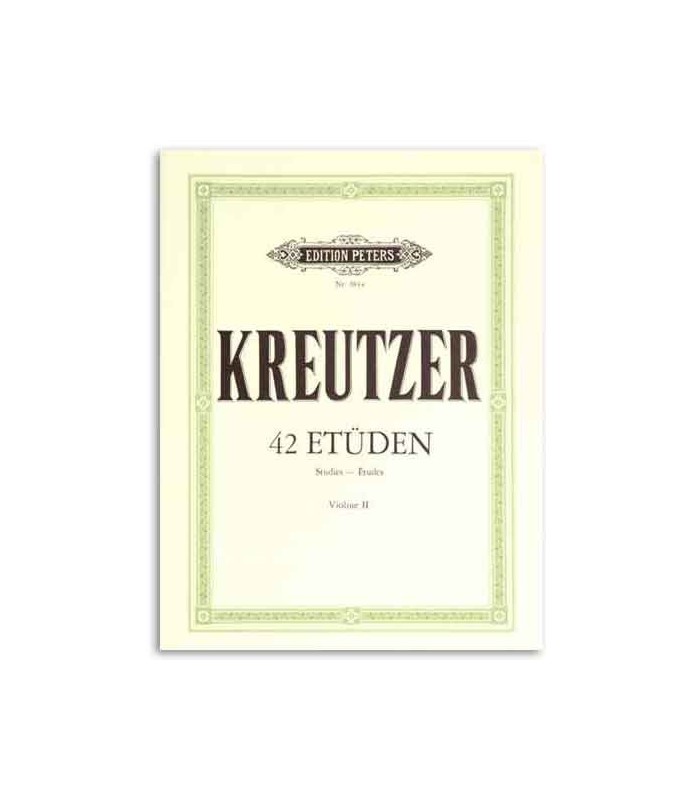 Rodolphe Kreutzer (1766 - 1831) was a French violinist, teacher, composer and teacher. He is famous for his methods and studies  for violin and for the sonata that Beethoven dedicated to him.

Rodolphe Kreutzer was born in Versailles, France. His father, a German musician, a violinist from the Royal Chapel, taught him how  to play the violin, but his real teacher was Anton Stamitz. At age 13 he performed a composite concert that he composed, then traveled to Italy and Germany, where he performed a series of performances.

At 16, he returned to France, succeeding his father as the first violin of the Royal Chapel (1783-1792). In 1792, he entered as a violin soloist at the Italian Theater, where, in the same year, he performed his first opera Jeanne d'Arc in Orleans, followed in 1791 by Paul et Virgínia and Lodoïska. In 1795 he was appointed violin teacher at the Paris Conservatory, a position he held until 1825. In 1801 he succeeded Pierre Rode as the first violin of the Opera, and the following year entered the First Consul's Chapel.

Kreutzer, along with Pierre Rode and Pierre Baillot, was one of the best French violinists of his time. Together with these he founded the French School of Violin and perfected the Violin Method of the Conservatoire (Méthode de violon du Conservatoire). He died in Geneva.

He met Beethoven in 1798 on a tour in Vienna. In 1805, Beethoven dedicated him the sonata to violin and piano No. 9 Op. 47, which was called Sonata to Kreutzer. This sonata inspired a novel by Leo Tolstoy.

He played with a violin built by Antonio Stradivarius of 1727, which currently belongs to Maxim Vengerov.