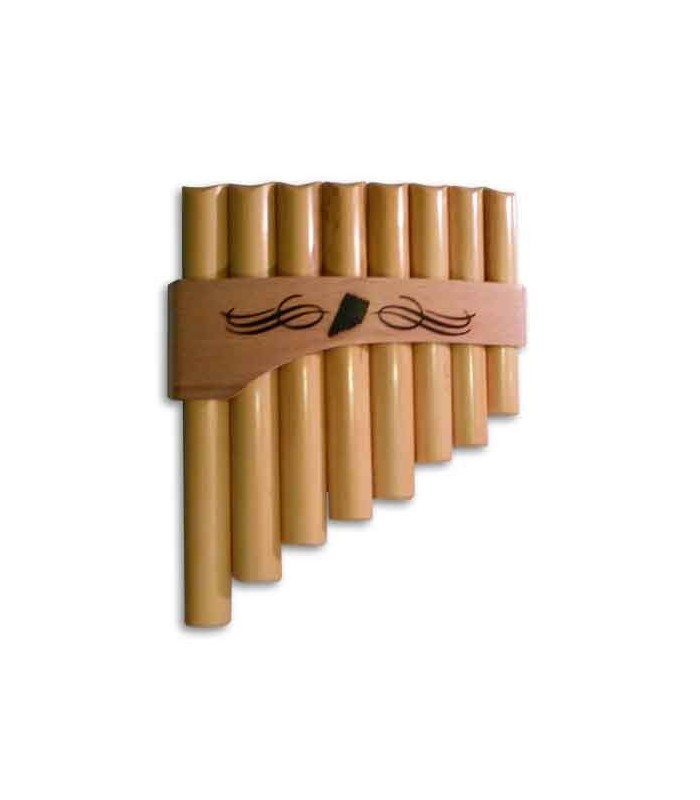 The pan flute is a musical initiation instrument composed of several vertical tubes joined together and produces sound blowing tangentially to the opening of the tubes. The Karl Schwarz 0 / 55b model produces 8 notes.

Spread the magical sounds of the pan flute with the Schwarz 0/055B in C major.

Particularly dedicated to musical initiation, the Karl Schwarz pan flute produces 8 notes, from C to C, so that you can easily accompany or perform simple pieces. This wind instrument is made up of several tubes vertically joined together. Sound is produced by blowing tangentially to the opening of the tubes.

The Schwarz 0/055B has a slightly curved shape, in the Central European tradition, and is made of wood.

The sound of this instrument is one of the most recognized, being one of the oldest instruments still played today. Its origins date back to ancient Greece, being very popular among Etruscans and Greeks in the 6th century BC.

Over time, it became a very popular instrument in various traditions around the world, from the Oceanic, but establishing itself famously in the music of the peoples of the Andes.

The Schwarz 0/055B is a diatonic flute, but the Andean versions, for example, use the pentatonic scale. The curved pan flute model also allows you to play sharps and flats using a special technique that involves bending the tubes and a specific movement of the jaw.

Other techniques, such as the application of vibratos, allow for greater expressiveness in the performance. One of the greatest exponents of the European pan flute is the Romanian Georges Zamfir, known worldwide as “The master of the pan flute”, having collaborated as a soloist in works by composers such as Ennio Morricone.

Karl Schwarz is a family business of Austrian origin. The production is artisanal and follows the best manufacturing practices of ancient European instruments, dedicating itself to the manufacture of instruments such as berimbaus, kazoos, ocarinas, piston flutes, percussion spoons and pan flutes. All production stages are supervised by family members. In 1981 the company received the Austrian quality certification.

For any register and for any level, the Schwarz 0/055B pan flute maintains the spirit and sound of tradition in the interpretation of any theme, from classical music to classical, from ancient to modern.

1 other product in the same category: