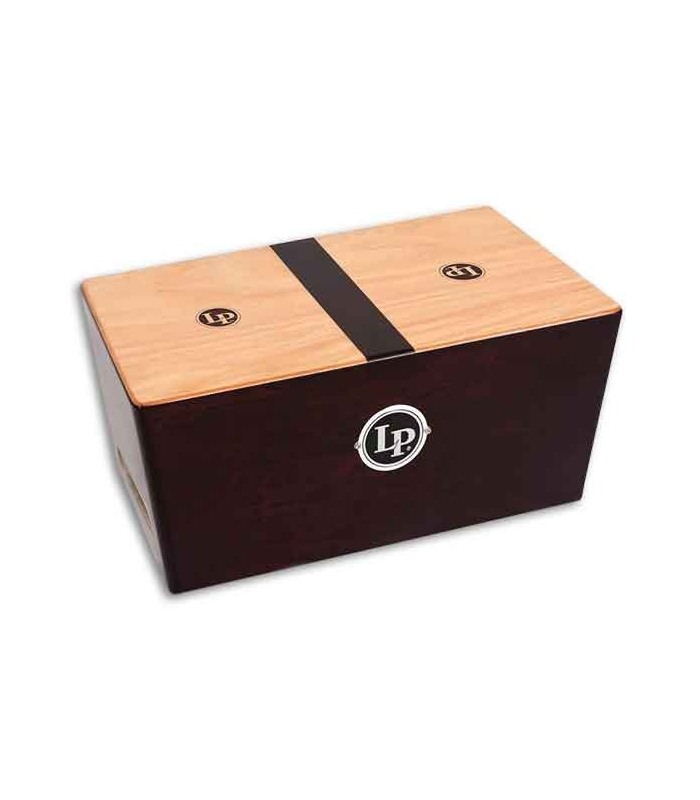 This cajón bongó LP1429 offers complementary high / low sounds. It allows you to play the cajón like a bongo or a two-voice cajón. The format of the sides allows to support the cajón bongó with the legs while the side cut allows easy handling. Bag included.

The LP1429 combines the best of the sound of the cajón with the tones of the bongo drum, in a very original and versatile hybrid instrument.

Latin Percussion has created an instrument that, instead of being halfway between a bongos and a cajón, goes beyond the two.

The same size as a cajón, the LP1429 is played with the box lying on its side, with it in the lap or placed between the legs. Its lid is divided into two halves that produce two tones - or voices - in an interval like the bongo drum.

It can also be used as a two-voice cajón and widen the sound field of your rhythms. With a great resonant capacity thanks to the choice of materials in its manufacture, the bongó cajón LP1429 stands out among other percussion instruments and makes itself heard perfectly in the hands of applied percussionists.

Easy to carry and very comfortable to play, the LP1429 has a side cavity for easy and very practical handling. The side panels have a specific texture for better grip when placed between the legs and are designed with an angle that allows for great comfort, avoiding the worry that the box will escape during the most explosive interpretations.

The cajón is an instrument from South America, its origins are African: it was created by slaves taken to Latin America, having gained roots in Peru, where it is considered a Cultural Heritage of the Nation. It is widely used in flamenco and Latin American music.

The bongó is a simple percussion instrument, composed of two small drums joined together, used mainly in Latin American and Caribbean inspired musical styles, such as salsa, cha cha cha and meringue.

Latin Percussion is an American brand, which emerged in the 60s to fill the lack of Cuban percussion instruments in the United States, due to the trade embargo imposed by Washington at the time.

The Cajón Bongó LP1429 by Latin Percussion is an original percussion instrument for modern and versatile percussionists that offers the potential and musicality of two different instruments for the price of one.

9 other products in the same category: