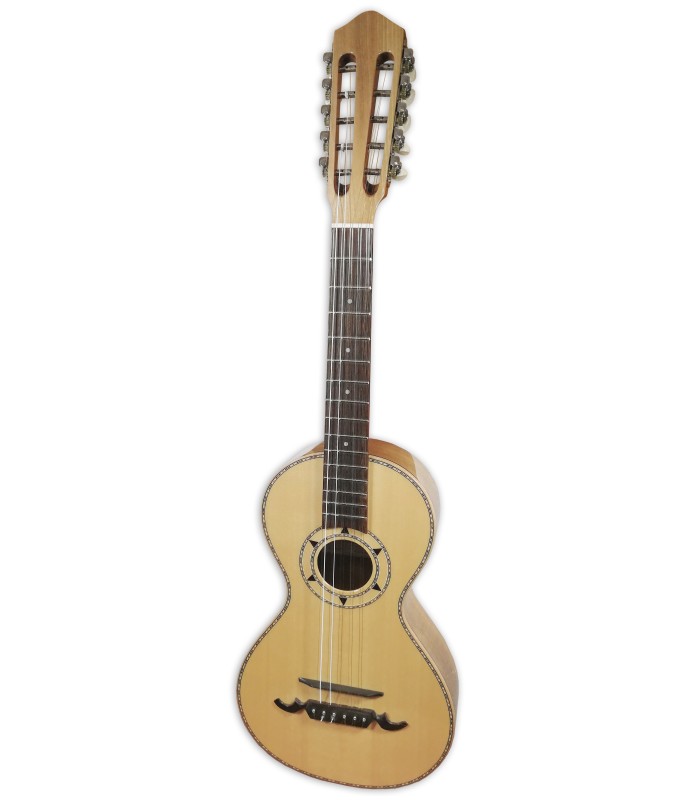 The viola de arame 20270 is a simple model with a solid spruce top, solid walnut back and sides. Traditional musical  instrument made by hand in Portugal. A traditional viola from Madeira island tuned in D4, B3, G3, D3, G2.

The "viola de arame" Artimúsica 20270 brings to your hands the folklore of the island of Madeira in an instrumen t made by national artisans.

Made by Artimúsica, one of the most respected brands in the manufacture of national chordophones, the Artimúsica 20270 is an excellent example of a traditional instrument made in Portugal for musicians who seek quality combined with tradition.

“Viola de arame” is the name given to some typical violas from the Azores and Madeira. Despite the similar constructions, the materials of manufacture vary as do the tunings. The Artimúsica 20270 is a "viola de arame" guitar from the island of Madeira, very different from the other variants and with a unique personality and unmistakable sound.

With an elegant and narrow body in the shape of an 8, the Madeira wire guitar has a round mouth and protruding scale in relation to the neck. It has five string orders, the first two of which are tuned in octave, while the third order is double and can be tuned in octave or unison. The usual tuning of the wire guitar is D4 - B3 - G3 - D3 - G2.

The "viola de arame" Artimúsica 20270 wire guitar is a simple model, manufactured with all the attention and mastery, full of discreet and very interesting details. The top is in solid spruce, and the back and sides are in solid walnut.

The neck is in mahogany and the fingerboard is in panga panga. Tuning is ensured by simple chimes.

The decoration lives up to the contrast between the tone of the woods and the decoration that evokes both the sun and the nautical rose, with dashed lines underlining the contour of the body and mouth.

Founded in September 1992, Artimúsica is one of the leading brands in the artisanal construction of traditional Portuguese instruments. It is a family business, continued by masters Manuel Carvalho and José Carvalho, who still follow the construction method started by their grandfather, master Joaquim José Machado.

Preserve the strings of national tradition with an instrument made in Portugal. Give a dance in Madeira style with the Artimúsica 20270 wire guitar.