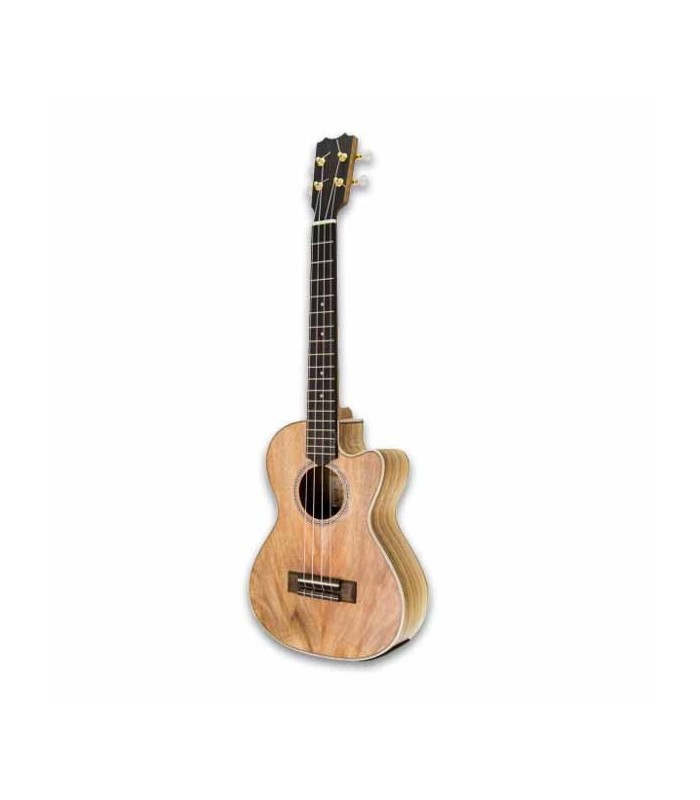 Tenor ukulele classical model with cutaway made with solid wood. Top, back and sides in Koa. Made in Portugal by APC.

The APC TC CW is a tenor ukulele for musicians who want greater harmonic depth and more frets to express their virtuosity.   Cutaway format.

Made in Portugal by one of the best national cordophone brands, the APC TC CW is a high quality tenor ukulele, made with solid woods, and with a cutaway cutout so that they can reach the sharpest frets of its extended range.

The tenor ukulele is the largest of the ukulele models, with a larger box than the concert ukulele and, traditionally, with a larger scale. It is widely used by more advanced musicians who want an instrument that can be heard and that has a superior melodic range.

The APC TC CW ukulele is manufactured with the best construction techniques and all the knowledge acquired over the decades by APC artisans. The top, bottom and sides are in solid koa, a species of acacia native to Hawaii, which gives it an identity and sound very close to the native instruments of the American island.

The APC TC CW is a discreet instrument, with a very organic aspect that lives from the natural tones and lines of the wood, which give it great aesthetic richness.

The neck is made of mahogany, with a fingerboard in black African wood with 18 frets, which you can access in full thanks to the body's cutaway shape to be able to express your virtuosity with ease.

Later, it became a very popular instrument in the early decades of the 20th century, when Hawaiian-inspired music filled the early days of radio in the United States, and kept American soldiers in the trenches of World War II. Nowadays, it is one of the instruments of fashion for being easy to learn and very fun to play, in addition to being able to take it everywhere.

APC was founded in 1976 by António Pinto Carvalho, who descends from a century-old school of luthiers in Porto. The company has about 45 artisans who build different types of traditional Portuguese and other origins. APC is the largest national company in this field, producing and selling instruments to more than twenty countries.

The APC TC CW is an instrument with superior sound quality, excellent for demanding musicians, who have mastered the art of the ukulele.