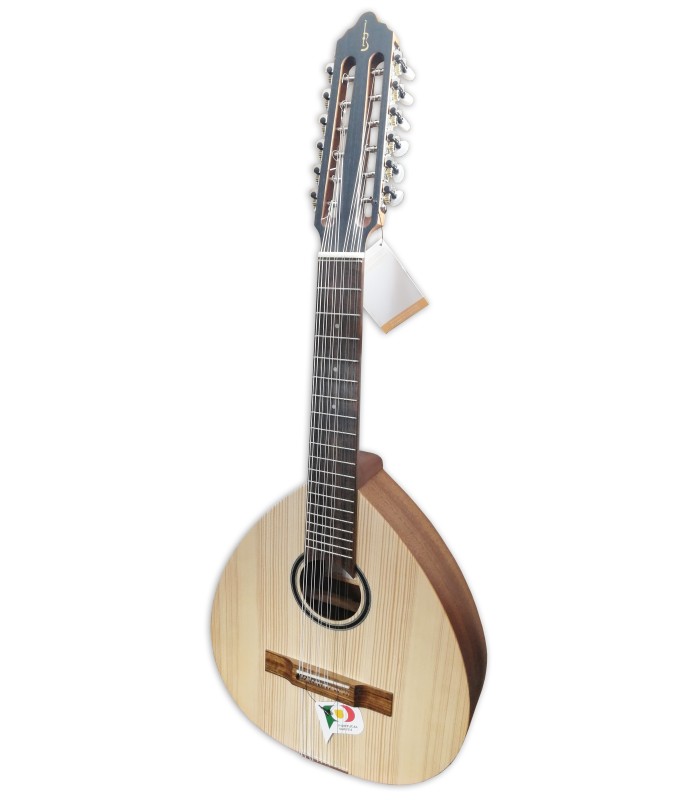 This is a Spanish lute made in Portugal by APC. With solid spruce top, sapele back and sides.

The timeless sound of the lute is given new life in the APC LAU305 Spanish lute, an affordable model made in Portugal.

One of the most popular instruments of the Renaissance, the lute is a chordophone of Arab origins that was established in the Iberian Peninsula, particularly in Andalusia, from the 11th century onwards. It enjoyed great popularity in medieval music and was later one of the fundamental instruments of Baroque music.

The Spanish lute is an Iberian version of this instrument. This version spread throughout the Spanish colonies, keeping in the musical traditions of Cuba and the Philippines. It is very similar to bandurria, but has particular characteristics

The body is pear-shaped, similar to the Portuguese guitar. The top is in solid spruce and the back and sides are in sapele. The neck is in mahogany, which gives it great stability and the fingerboard, slightly raised in relation to the top, is in black African wood.

APC was founded in 1976 by António Pinto Carvalho, who descended from a century-old school of luthiers in Porto. The company has around 45 artisans who build different types of traditional Portuguese and other chords. APC is the largest national company in this field, producing and selling instruments to more than twenty countries.

The Spanish lute is an instrument with a very particular and captivating sound. The APC LAU305 is an excellent opportunity to expand your sound palette with an original chordophone at a very affordable price.

Traditional instruments can present
differences from the photo on the site,
especially in terms of decoration.
Cart 0
Top