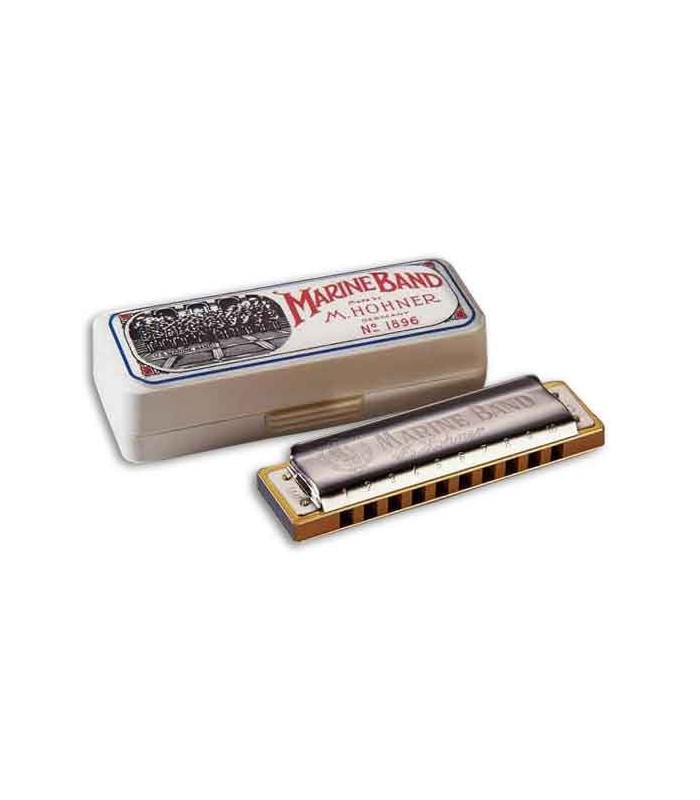 The Marine Band is the original blues harmonica. Today it is still manufactured in much the same way as when it was first introduced in 1896. Its uniquely authentic sound has defined the role of the harmonica in the blues tradition and made it the benchmark by which all others are judged. Diatonic, in C.

The original spirit of the blues, made in Germany. The 1896 Marine Band is the continuation of the iconic model manufactured in the late nineteenth century and that for more than 100 years is the representative sound of blues, country and folk of American origin.

Patented in 1896, the Marine Band was initially built to think of European popular music, but its portability and affordability made it into the suitcase of many who left for the United States in the great emigration wave of the early 20th century, ending to find a house in the plains and agricultural fields of the center and south of the country, and to be the voice of the lonely, the romantic, the excluded.

The Hohner Marine Band 1896 is made following the original manufacturing process, since winning formulas do not change. The cover is still nailed with 4 nails like 100 years ago. The picks rest on a pearly comb, a wood of delicate texture but very resistant.

The cover has two side air vents and the simple decor keeps the decorative motifs that characterize the Marine Band from the start.

The only innovation that Hohner applied in the construction of the Marine Band was to apply varnish on the comb to preserve the wood and prevent changes in its morphology caused by changes in humidity.

The Hohner Marine Band 1896 is diatonic, with 10 inputs and a three-octave extension. The vanes are arranged so as to allow the individual execution of each note on the larger diatonic scale. As it is in C, it reproduces all the notes of the white keys of the piano. To play together, it is indicated to accompany the Greater Sun tonality.

Another characteristic of this harmonic is the standard Richter tuning, which allows the execution of melody and harmony, being possible to play the tonic and dominant chords in the lower part of the harmonica and the notes of the scale sequentially, alternating blowing and aspiration.

Founded in 1857 in Germany, Hohner is one of the world's leading manufacturers of musical instruments, specializing in accordions, electromechanical keyboards and wind instruments as harmonics. Any Hohner instrument stands for Germanic quality and accuracy.

The exclusive and authentic sound of the 1896 Marine Band defined the role of the harmonica in the blues tradition and became the reference for all the blues harmonicas that followed. It is a piece of music history, alive and sound, that you can have at your fingertips.

From the birth of the blues, the Marine Band 1896 has been a constant musical fixture.

Played by iconic figures such as Little Walter, Paul Butterfield, and Bob Dylan, it remains the top choice for the top professional, as well as aspiring musicians around the globe.

Relying upon over a century of German craftsmanship and tradition, this harmonica has been universally recognized for its full tone, musical range, and distinctive wood comb.

Let your musical expression be a part of the continuing Marine Band legacy.