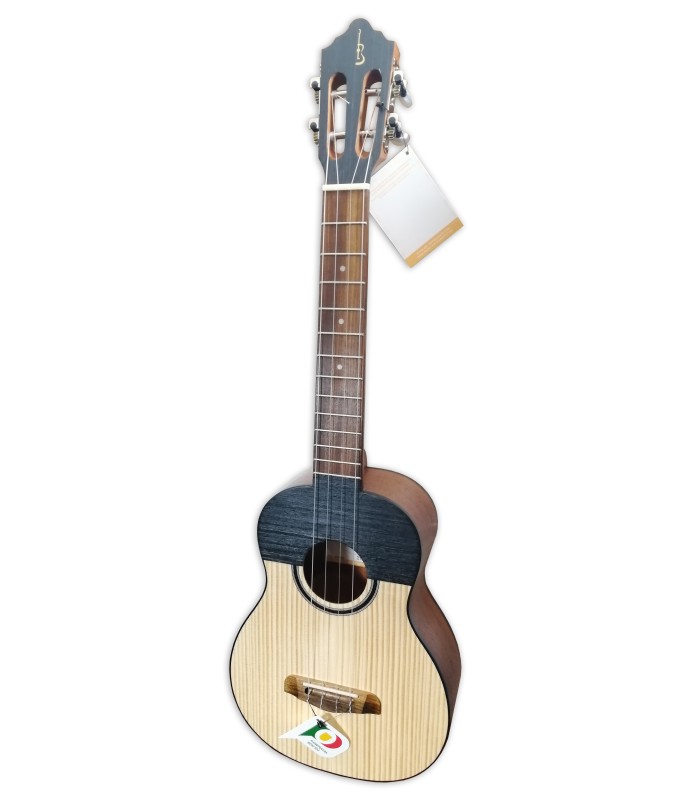 The Venezuelan cuatro is a typical chordophone from this country, with 4 nylon strings and tuned B, F#, D, A. It is very similar to the ukulele in appearance and tuning, but the character and playing technique are very different.

Interpret the rhythms and harmonies of traditional Venezuelan music with the cuatro APC CUA100.

The cuatro is one of the numerous four-string instruments in the world of chordophones, which include the cavaquinho or the ukulele. Originally from Venezuela, the cuatro has a different tuning of these instruments (Si, F#, D, A). It is used as the harmonic and rhythmic basis of traditional Venezuelan music, being present in several genres of that region, such as waltz, calypso, soca, joropo, and parang.

This traditional instrument from Latin America received the attention and care of one of the largest national string instrument builders, thus creating this APC CUA100.

The APC CUA100 follows the traditional construction models of this chordophone, staying true to the sound of the original instruments. The top is in solid spruce, with the black half top characteristic of this instrument. The back and sides are in sapele, a denser wood than mahogany, which offers a brighter sound while maintaining a consistent, balanced tone.

The strings are made of nylon, held by open chimes, in a traditional format.

APC was born in 1976 by the hand of António Pinto Carvalho, to specialize in the construction of chordophones. It was at the age of 10 that its founder began to learn the art of building guitars and cavaquinhos, through his grandfather.

It is currently one of the largest national companies in the field, with around 50 employees, who give authenticity and a personal touch to each instrument. All are manufactured with the most advanced construction technology, for greater precision and rigor. Modernity and tradition are the key to this company that proudly promotes the Portuguese tradition in the manufacture of all types of chordophones.

Whatever your tradition, the cuatro APC CUA100 is a high-quality instrument for discovering and interpreting music from other sources, respecting its original sound.