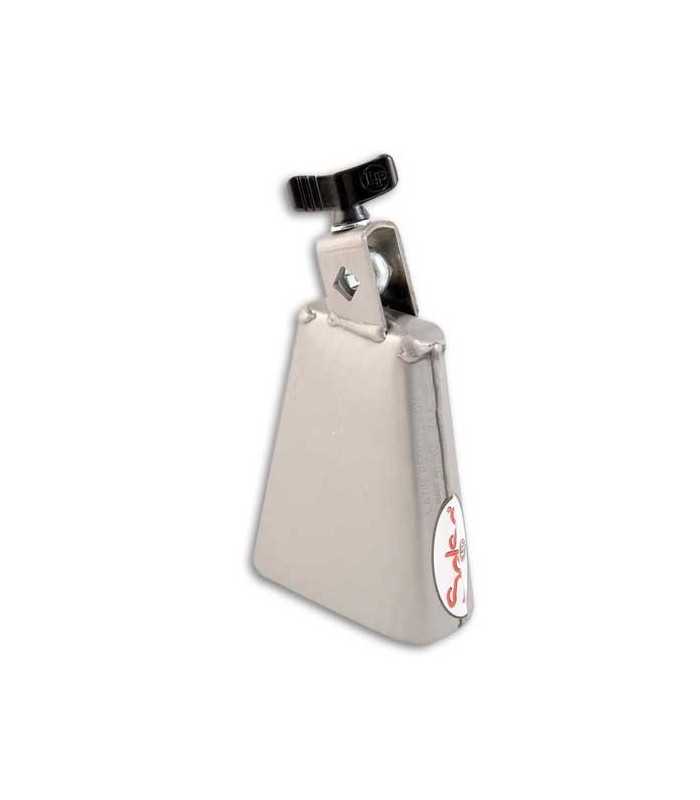 This ES-2 LP cowbell produces a bright, authentic Cha-Cha sound with finely tuned overtones, making it the ideal companion for other mid- and low-frequency cowbells. Fits 3/8" diameter rods. Made in the United States.

The cowbell LP ES 2 Cha Cha High Pitch will set the pace of the warm rhythms of the cha cha cha with a different color.

Put more cowbell in your rhythm with the Choca LP ES-2, a fundamental percussion piece to add the special touch and cadence to the sound of cha cha cha. And not only.

The LP ES 2 cowbell has a high tone that stands out in the middle of the set, being an excellent complement to other more serious chokes, extending the percussion tonalities and also its incorporation in various styles.

Made of polished steel for a clear tone, with a free touch or muffled by hand, the LP ES-2 is prepared for a continuous and intense use. It can be placed on a frame, snapping securely onto any 3/8" diameter bar.

The cowbell is an idiophone used mainly in South American music and is struck with a drumstick. It is used in combination with other cowbells of different shades and also in conjunction with timbales or, in Cuba, with bongos.

Latin Percussion is an American brand, which emerged in the 60s by the hand of Martin Cohen to make up for the lack of Cuban percussion instruments in the United States, due to the trade embargo imposed by Washington at the time.

The cowbell LP ES-2 is one of those small pieces that make all the difference in a percussion ensemble, with a lively and bright touch, perfect to add to the richness and complexity of the rhythms.

28 other products in the same category: