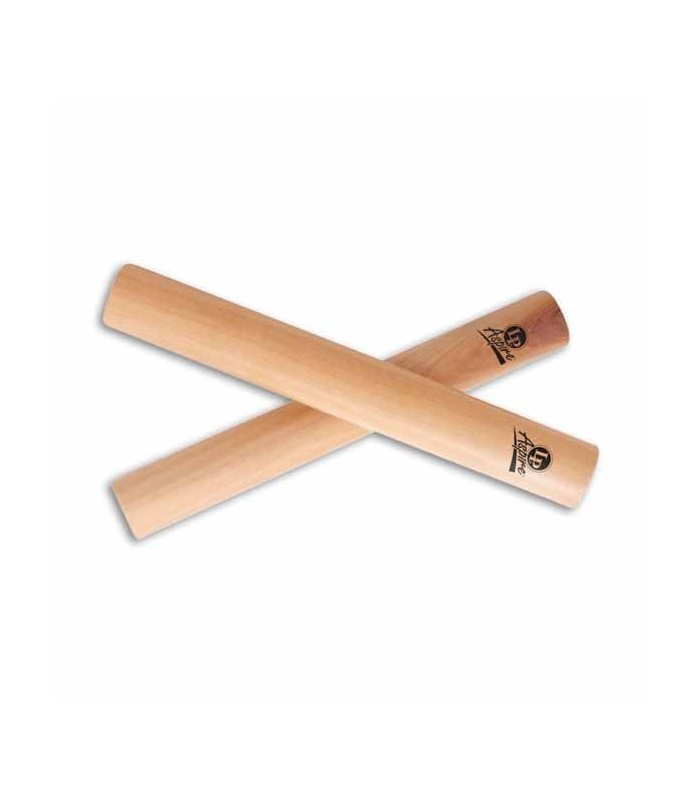 Beat the rhythm with the claves Latin Percussion Aspire LPA165. In light wood.

The claves are a simple instrument, of Afro-Cuban origin but that can be found a little throughout the world, with small variations. They are two sticks, traditionally made of wood, that produce a brilliant sound when pierced against one another.

They are the instrument that provides the fundamental rhythmic foundation for Latin American music, but it is also used in many other genres, from the most folk to rock, and even to classical music: The Beatles and The Who have used them in some of the his compositions and Steve Reich wrote a play for five pairs of clubs.

Cuban music uses clubs in traditional genres such as "son" and guaguancó, with a repetitive rhythmic marking, which serves as a time guide for the remaining instruments, a role that also assumes in some Brazilian and African music. The claves times in Cuban music are 3/2 or 2/3, which is the same as saying three beats plus two beats, or in the reverse version, two plus three.

Initially they were used to mark the rhythm of work in the Cuban shipyards in century XVI but quickly was incorporated in the music of the island, giving the compass and a subtle sonority but essential to all the music of Latin America.

The claves are made of wood, but more modern versions are made of fiberglass or plastic. The LP Aspire LPA162 are traditional, light-colored, attractive-finish clays that offer a wide range of sounds with excellent resonance at a very affordable price.

It is an instrument manufactured by Latin Percussion, a brand that was born in the United States in the 60's to fill the lack of Cuban percussion instruments in the country due to the embargo imposed by the North Americans at the time.

Give the right touch to your music with the Latin Percussion LPA165, one of the fundamental instruments for any percussionist.

5 other products in the same category: