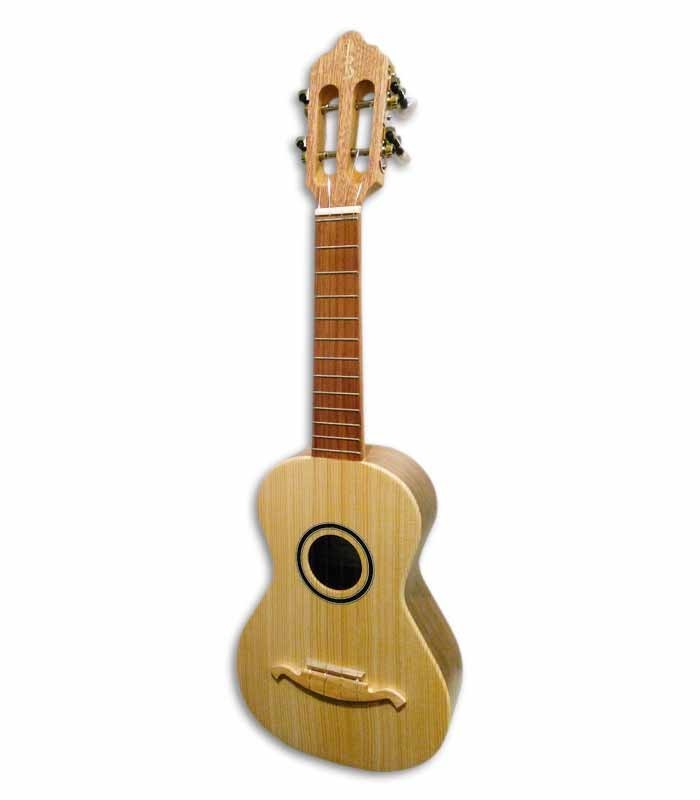 The APC 100 round-mouth cavaquinho may seem simple but has in its sound all the tradition of Portuguese music, made with the most modern production techniques.

The cavaquinho is a small instrument, but very versatile. The APC 100 bets on this versatility, being a simple version with the potential to be customized by you.

This model has top in spruce, bottom and flanks in laminated walnut, with the guarantee of quality APC, one of the most revered producers of traditional Portuguese instruments.

And they know what they do. The cavaquinho is a traditional instrument originating in the region of Minho in Portugal but has spread in various settings and decorations throughout the country. The most common tunings are, from the higher to the lower  string: D - B - G - G; E - B - A - D; E - C - A - A; Ré - Lá - Sol - Do. They can be played solo, in groups of traditional music or tunas, or in orchestras only of cavaquinhos.

Its popularity is so great, that after having arrived by the hand of Luso sailors to the other side of the world, gave rise to its descendant, the ukulele. But that is another story.

The APC 100 has a matte finish and is a great base not only to be explored musically, but also to customize and decorate to suit your taste. The sound and tradition are already there.

APC was born in 1976 by the hand of António Pinto Carvalho, to specialize in the construction of chromaphones. It was at 10 years that its founder began to learn the art of building guitars and cavaquinhos, by the hand of the grandfather. Nowadays it is the largest national company in the industry, with around 50 employees, which give authenticity and a personal touch to each instrument, manufactured with the most advanced construction technology, for greater precision and accuracy. Modernity and tradition are the key of this company that promotes with pride the Portuguese cultural tradition.

The APC 100 is the affordable, simple, quality choice for anyone who needs this traditional and timeless instrument and make it yours.