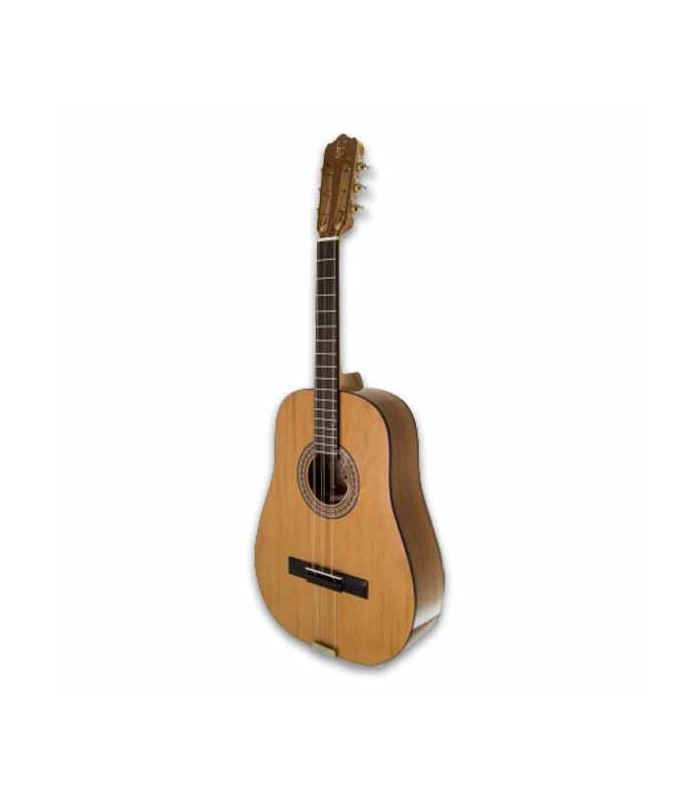 Musical instrument made in Portugal. The 3 Cubano originated in the Cuba island, it has 3 double strings that have  different tunings from region to region. You can find a great variety of chordophones made by APC.

Discover the characteristic sound of Cuban music with the Cuban Tres APC 3CUB100C and play the Sounds of this Caribbean island with soul.

Cuban music is known for the irresistible rhythms of percussion, whatever its speed. But the secret ingredient of the typical sound of the music of the island of Cuba is a string instrument: the Cuban tres.

Born in the mid-18th century in the Sierra Maestra, in the eastern part of Cuba, the Cuban tres descends from the Spanish guitar. It's smaller than a classical guitar. However, the box is more potbellied in the lower half. It features three double strings, which give it its name.

Mainly used to play the Cuban Son - song or ballroom dance music - the tres is considered a rhythmic instrument, although it is not used to make chords. His technique is based on secondary melodies with a rhythmic effect, reinforcing the main melodic line of the theme a third or a sixth above.

For such a specific instrument, it is necessary to respect its original characteristics with careful manufacture and attention to detail. APC, one of the most respected national brands in the manufacture of traditional chordophones, made the Cuban tres APC 3CUB100C with such reliable sound quality that it even seems to have just arrived from the island of Cuba.

The top of the Cuban Tres APC 3CUB100C is in solid cedar, and the back and sides are in laminated mahogany. The neck is in mahogany and the fingerboard is in black African wood. It is a simple model that stands out for its very particular sound and very affordable price.

APC was founded in 1976 by António Pinto Carvalho, who descended from a century-old school of luthiers in Porto. The company has around 45 artisans who build different types of traditional Portuguese and other chords. APC produces and sells its products to over twenty countries.

Bring some of the sound and sunshine of Cuba with the tres Cuban APC 3CUB100C.