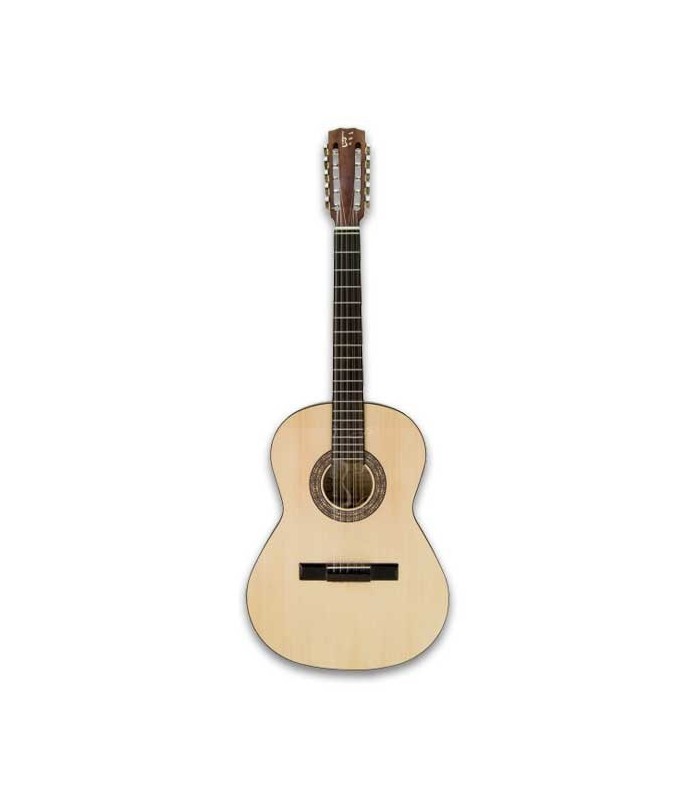 The viola caipira, also known as "viola sertaneja", "viola cabocla" or Brazilian viola, is a Brazilian chordophone. It is popular mainly in the interior of Brazil,and it is one of the brazilian popular music symbols.There is a variety of tunings for this instrument, the best known being the Cebolão in E: E B E G # B (from high to low).

Have some of the Brazilian backlands in your hands with the APC CAI 1S, the viola caipira made in Portugal.

The viola caipira is the symbol of "sertaneja" music. With five double strings, this viola is smaller than a regular guitar and descends directly from traditional Portuguese violas such as amarantina or braguesa.

Symbol of Brazilian popular music, it is also known as viola sertaneja, ten string viola, viola de arame, viola cabocla or Brazilian viola, and is very popular in the interior of Brazil. Its history and identity is shrouded in legends and mystery and is used to play Catira, Fandangos, or sentimental songs that make women cry with emotion.

APC drew on its expertise in the manufacture of traditional instruments and applied it to the construction of this instrument of rich sonorities and almost supernatural musical powers, according to popular tradition.

Simple construction, APC CAI 1S viola is made of wood selected by APC. The top is in solid spruce, the bottom and sides in laminated mahogany. The neck is also manufactured in mahogany and the fretboard is in black African wood, very resistant to the striking of steel strings for a long time.

The viola caipira has a smaller body than the classic guitar, and the APC CAI 1S follows this format, maintaining the same proportions. The five double strings can be tuned in one of several traditional tunings used by violinists, all with fascinating names and rich musical possibilities.

The Cebolão tuning (so called to make women cry as if they were cutting onions) exists in two versions: D (from the highest to the most lowest pair - D A F# D A) and Mi (E B G# E B - ie a tone above the D tuning).

The Rio Abaixo tuning, so called because of the guitar player who went down the river to play his guitar in this magic setting that enchanted all the women who heard him from the banks and saw him disappear in the next curve of the waters, is D B G D G. There is the variant Rio Acima - E C G E C - invented around the river by the violeiros who saw their women enchanted by the mysterious musician and wanted to imitate the effect.

There is also the tuning Boiadeira, in D A F# D G, in minor tones and used to express regrets and heartaches. In open tuning or other variants, the harmonic and melodic richness of this instrument is enormous, proven by the number of artists who use it in several records, from the most popular to the most classic.

The viola caipira APC CAI 1S is an instrument that complies with the rich tradition of Brazilian popular music and a manifestation of the quality of manufacture of APC, one of the most important national companies of acoustic and traditional instruments.