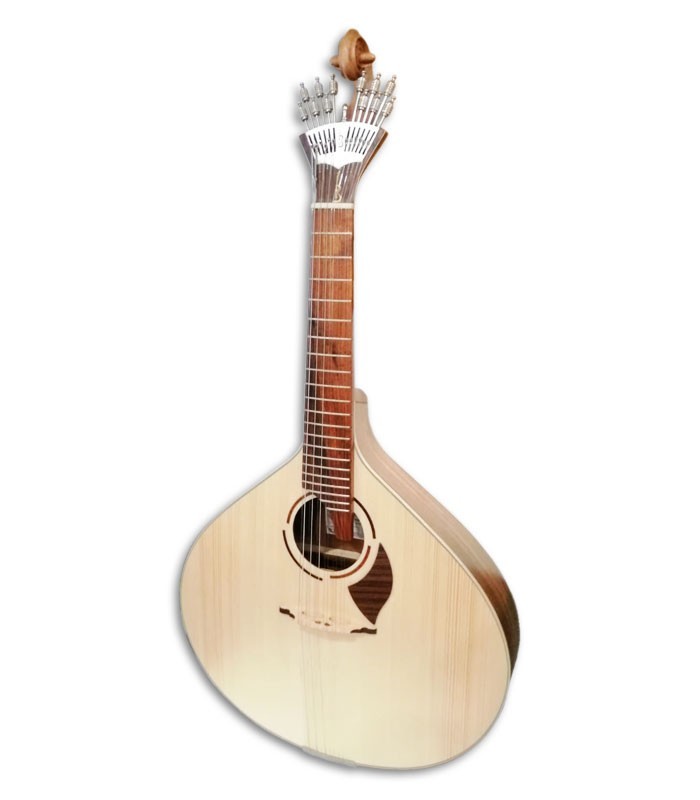 The Portuguese guitar APC 308LS Lisbon model has top in solid spruce, bottom and sides in mahogany. This fado guitar is manufactured entirely in Portugal.

The Portuguese guitar, or fado guitar, as well as other European cistres, seems to have resulted from the evolution of the European Renaissance cistre, both at the level of the tuning and the level of the construction of its interior and exterior.

The cistre was strongly present in the music of court of all Europe, but especially in Italy, France and England, from the middle of the century XVI until the end of century XVIII.

This Portuguese guitar APC 308LS is a Lisbon model, that is, it is prepared to use the so - called Lisbon tuning (B - A - E - B - A - D, from treble to bass), which is currently the most used Portuguese guitar tuning.

Initially it was called "fado tuning" or "tuning of fado corrido", probably having been developed in the early nineteenth century, being mostly adopted by fado singers in Lisbon in the middle of that century.

With the reduction of the use of the natural tuning by the guitarists, this tuning came to be called simply tuning of Lisbon, when tuned acutely in D, or tuning of Coimbra, when tuned in C. This is because in Coimbra, students began to usually fine-tune their guitars in C, mainly through the influence of Artur Paredes.

It should be noted that the guitar models from Lisbon (with spiral scroll) are not prepared to support Coimbra tuning, but it is possible to tune a Coimbra model with the Lisbon tuning, provided appropriate strings are laid for the Lisbon tuning.

Manufactured in Portugal by APC, a company founded in 1976 by António Pinto Coelho, who comes from a centenary school of luthiers from Oporto. The company has about 45 craftsmen who build different types of Portuguese traditional chordophones and other origins. APC is the largest national company in this field, producing and selling instruments for more than twenty countries.

26 other products in the same category: