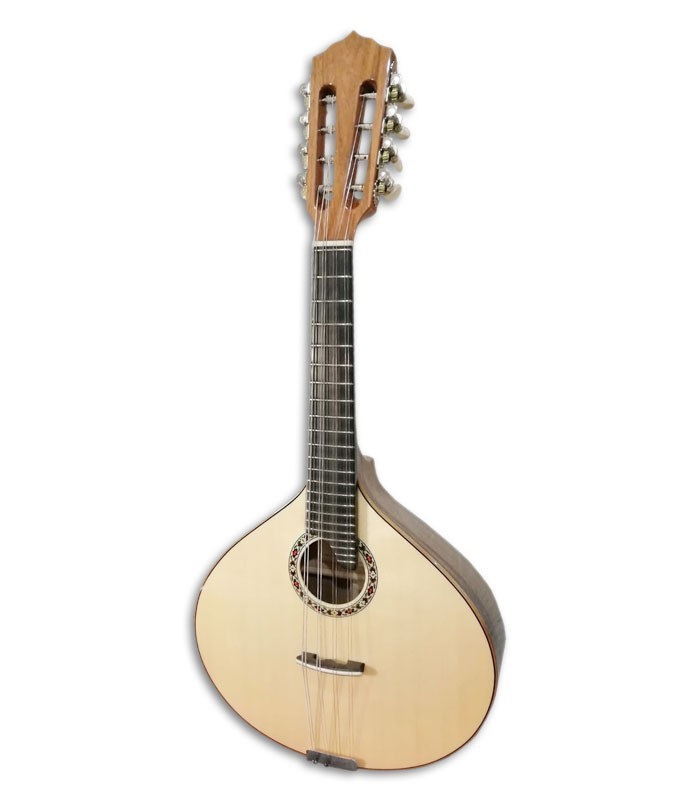 The mandolin guitarrinha Artimúsica 40442 combines the characteristics of the mandolin with the Portuguese guitar format.

The mandolin is one of the most popular instruments of traditional Portuguese music, and has multiplied in several versions around the world, being central to the music of Celtic inspiration and popular Brazilian music.

Made of high quality wood, the Artimúsica 40442 guitar mandolin is a distinctive cordophone with an exquisite finish. The top is in tin pine, framed by walnut or maple, on the sides and bottom. The neck is in very resistant mahogany, and the scale is in rosewood, one of the most noble woods in the manufacture of musical instruments.

Artimúsica made a mandolin that respects the original sonority of this instrument, but with a Portuguese guitar body, which gives it another charm. Although much like the Brazilian mandolin due to this format, the arm has the length of the Portuguese mandolin, shorter than in the Brazilian version.

The mandolin has its origins in the early 16th century, in Italy, where it developed in several versions. It was very popular among the noble classes, and spread rapidly through the European courts, where it could be seen on the lap of many ladies. With four pairs of strings, it is tuned as the violin (sharp to grave - Mi Lá Ré Sol).

It was received by the great composers Vivaldi, Beethoven, Haendel, Verdi and Mozart, who wrote pieces for this instrument, because it was to the liking of the nobility and the upper bourgeoisie.

The mandolins exist in diverse national or regional variations, with bodies of different formats, entering modern times with electrified versions. In his next family are Bandola, Bandoleta and Bandoloncelo.

The mandolin guitarrinha Artimúsica 40442 is an instrument that follows the practices of traditional construction developed over the decades by the artisans of Artimúsica.

Founded in September 1992, Artimúsica is one of the reference brands in the traditional construction of traditional Portuguese instruments. It is a family business, continued by the masters Manuel Carvalho and José Carvalho, who still follow the construction method started by their grandfather, the master Joaquim José Machado.

16 other products in the same category: